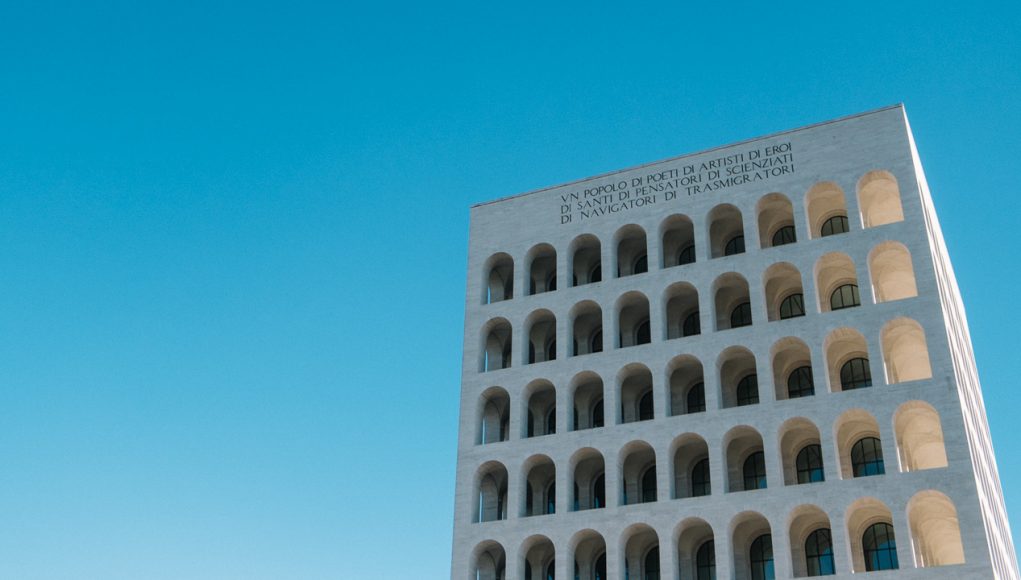 Just strolling through Rome left me with an unforgettable experience. When you’re surrounded with that much history and culture a little bit of it does rub off on you. When I woke up in my AirBNB apartment on Day 2 I decided to do something different. Most people will visit the Coliseum and explore the city but with my obsession with architecture reaching new levels I took a short train ride out of the city into an area called EUR. EUR stands for Esposizione Universale Roma, a worlds fair that the dictator Benito Mussolini and his administration planned for 1942, to celebrate 20 years of Fascist rule in Italy.

Diane Ghirardo (author of Italy: Modern Architectures in History) describes the Fascist Italian culture during the 1940’s as one that strived to create “exquisite images of desired realities”. The original plan was for EUR to draw heavily on Rome’s extraordinary heritage and purity which explains why so many structures were made out of white marble, a clear symbol of oppression and racism of the fascist regime. 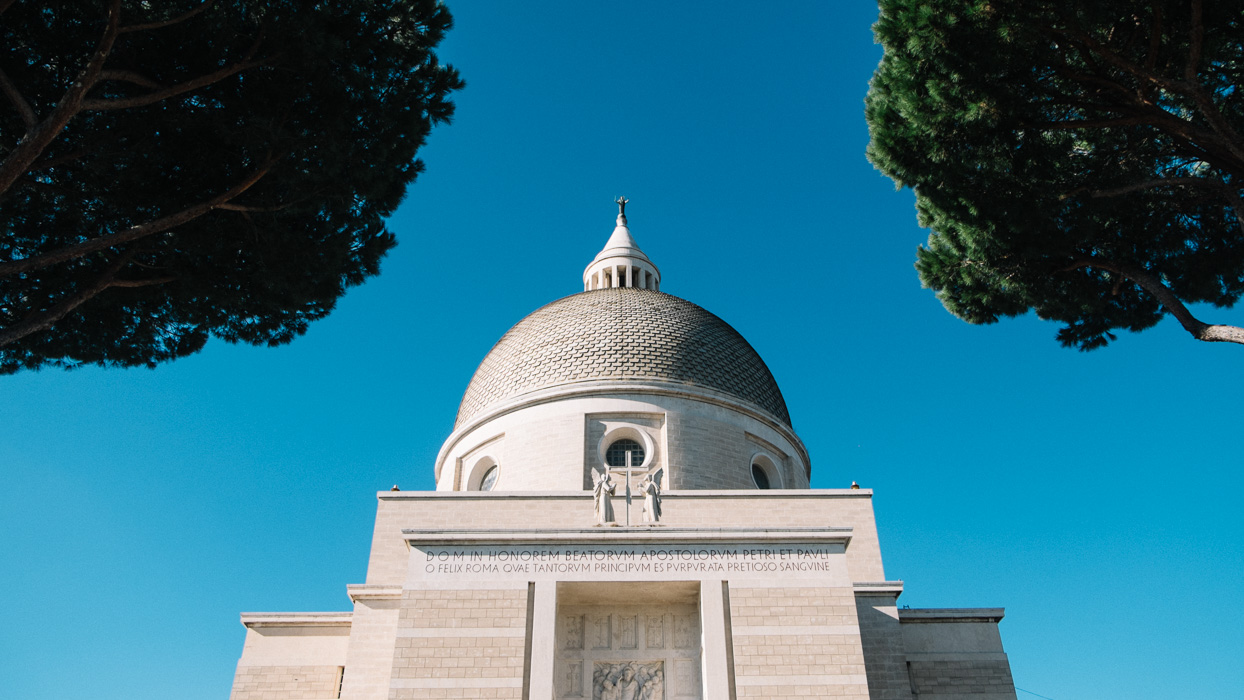 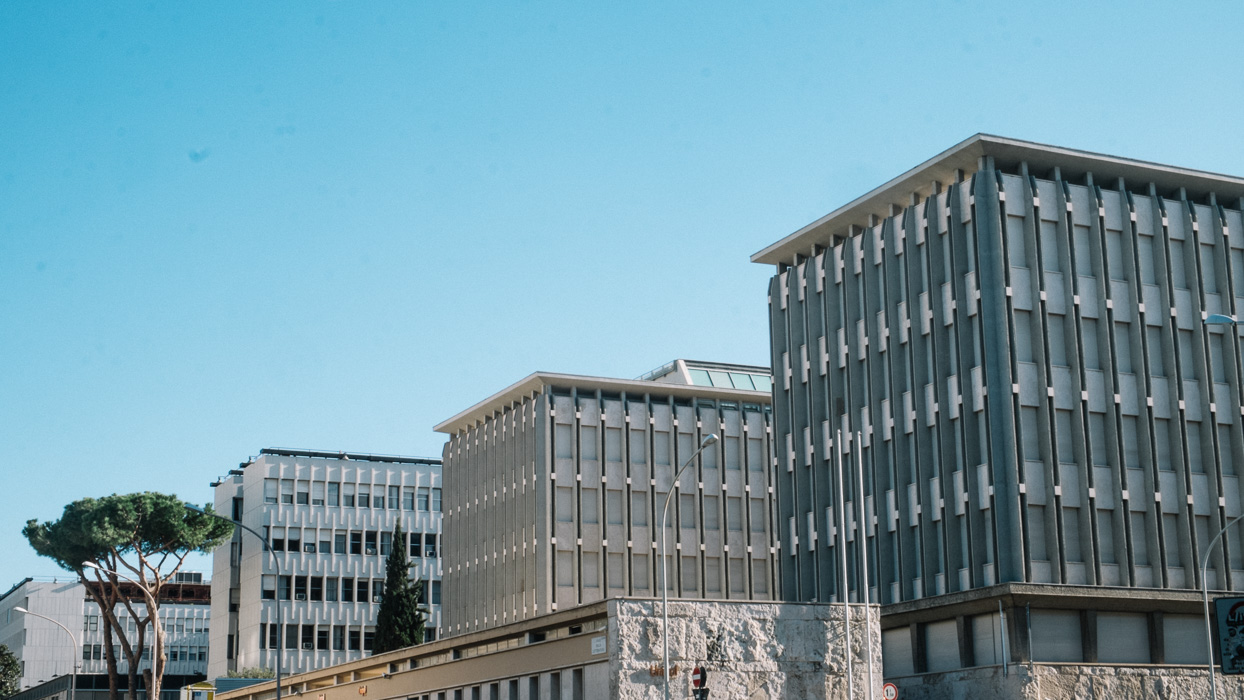 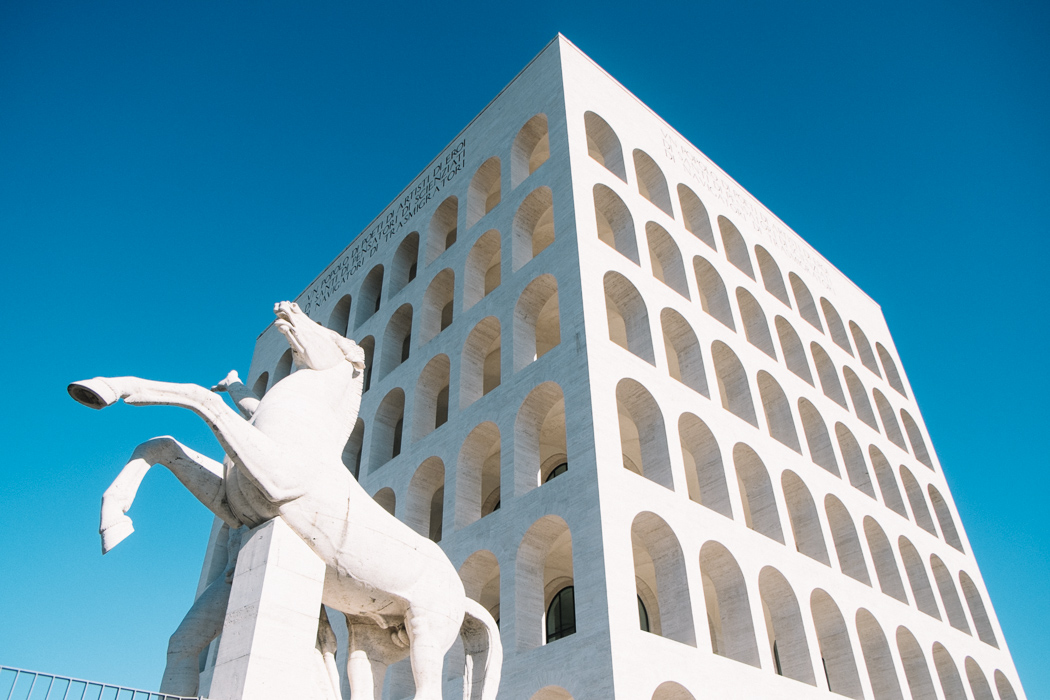 Across all four sides of the building runs the inscription taken from a speech of Benito Mussolini on 2 October 1935:”Un popolo di poeti, di artisti, di eroi, di santi, di pensatori, di scienziati, di navigatori, di trasmigratori” (a nation of poets, of artists, of heroes, of saints, of thinkers, of scientists, of navigators, of migrants). This shows how even a dictator’s ideologies can look perfect on paper but actions speak louder than words as history has shown us time and time again. 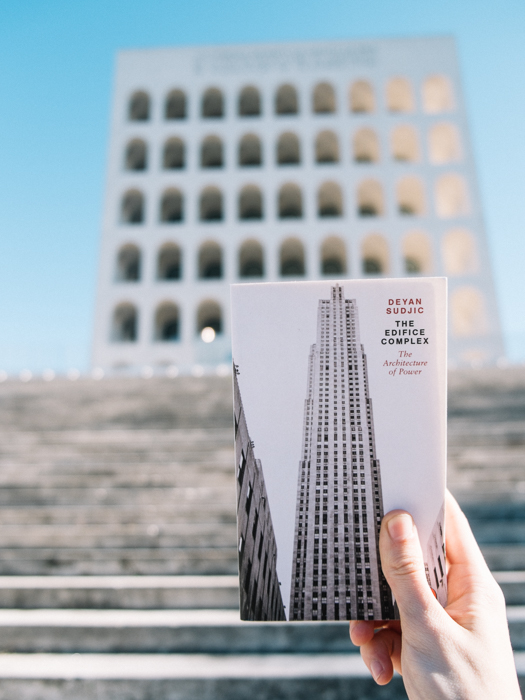 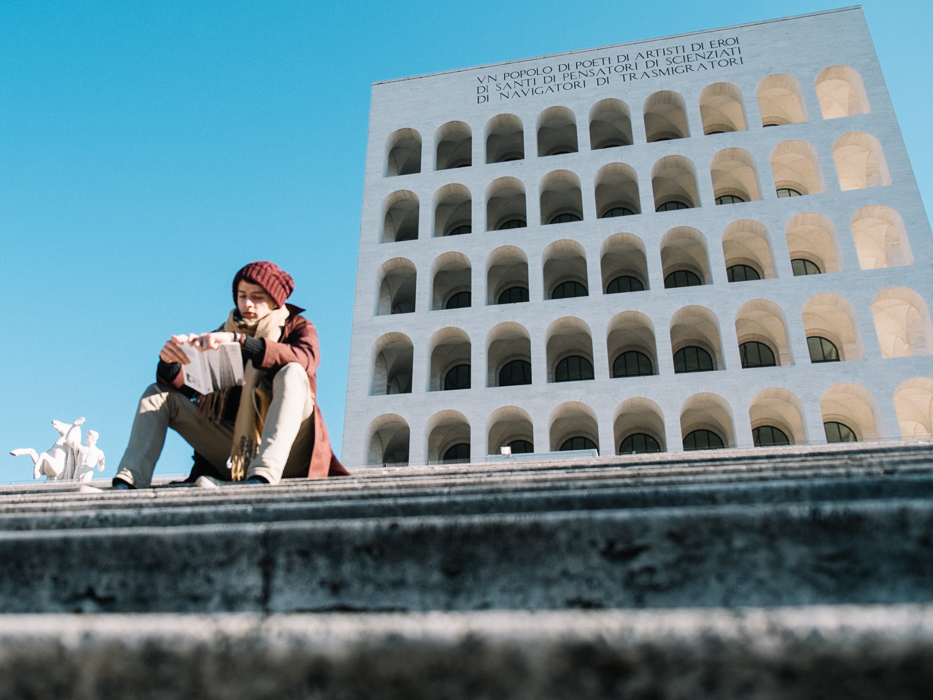 At the time of travel I was reading a book by Deyan Sudjic called “The Edifice Complex” which explores the intimate relationship between power, money and architecture in the twentieth century. It’s a fascinating read as the book really nails down the motivations behind each dictators actions. 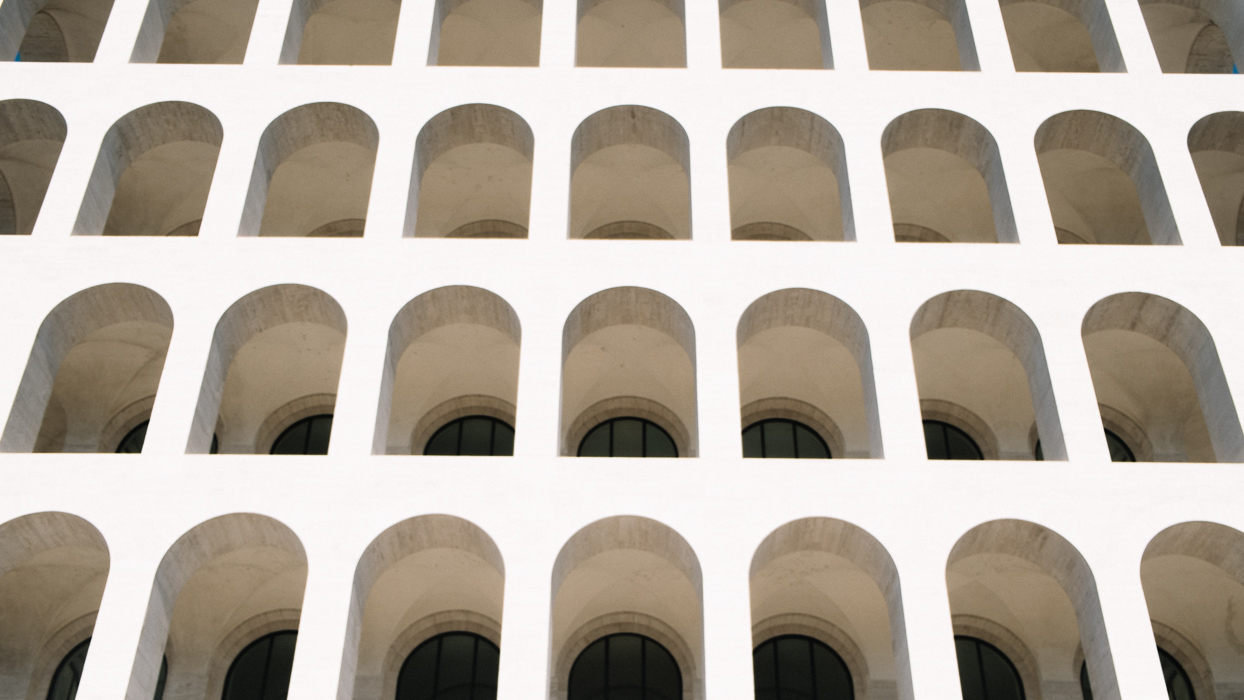 Palazzo della Civiltà del Lavoro was built as a modern celebration of the Colosseum and inspired by older Roman landmarks although Benito Mussolini did manage to instil a piece of himself within it. The façade of six rows of nine arches each is meant to represent the Fascist dictator name (Benito having six letters and Mussolini nine) and stand the test of time after his death in 1945. 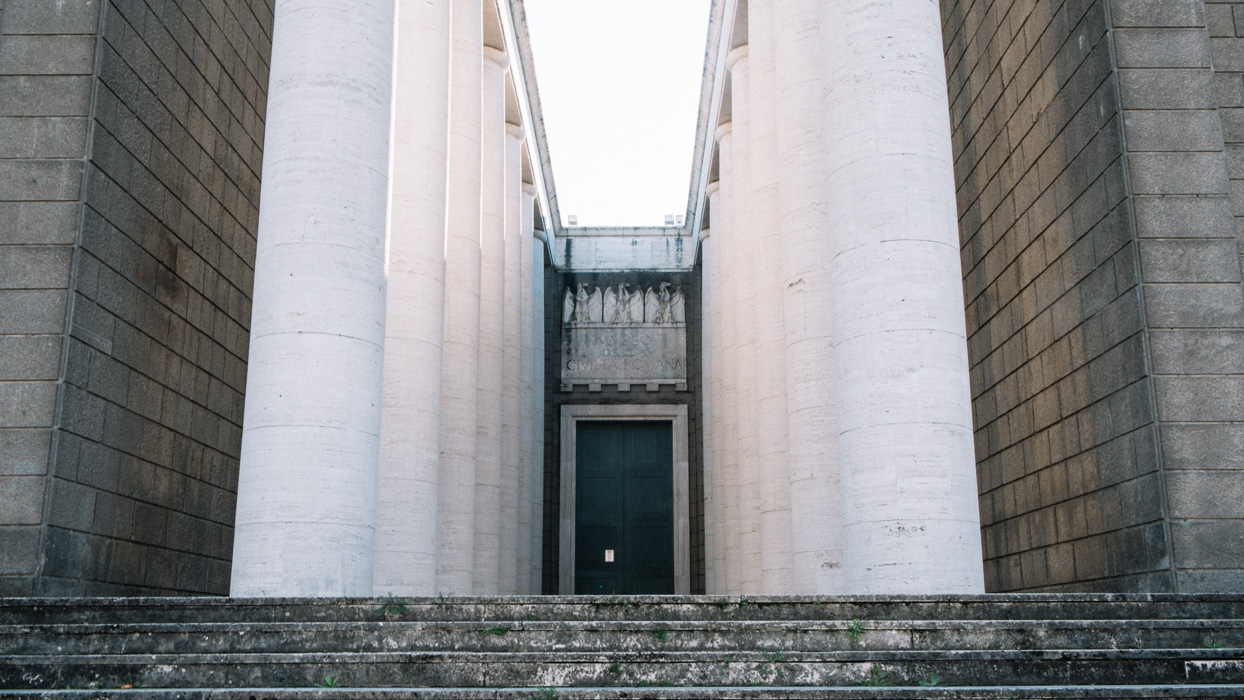 Colosseo Quadrato provides us with a rare glimpse into urban Italy and the possibilities that would have unfolded had the regime not fallen during the war. The left over architectural style is often called simplified neoclassicism with large, symmetrical streets and white buildings with austere facades dominating the view. I really enjoyed getting lost in EUR and walking through scenes that wouldn’t look out of place in La Dolce Vita so if you ever get the chance to visit Rome, take a risk and venture outside the city. You never know what you might find.

If you enjoyed this post make sure to share it with your friends using the links below and check out my latest lookbook in which I explore the North / South divide wearing a custom made Farah shirt.