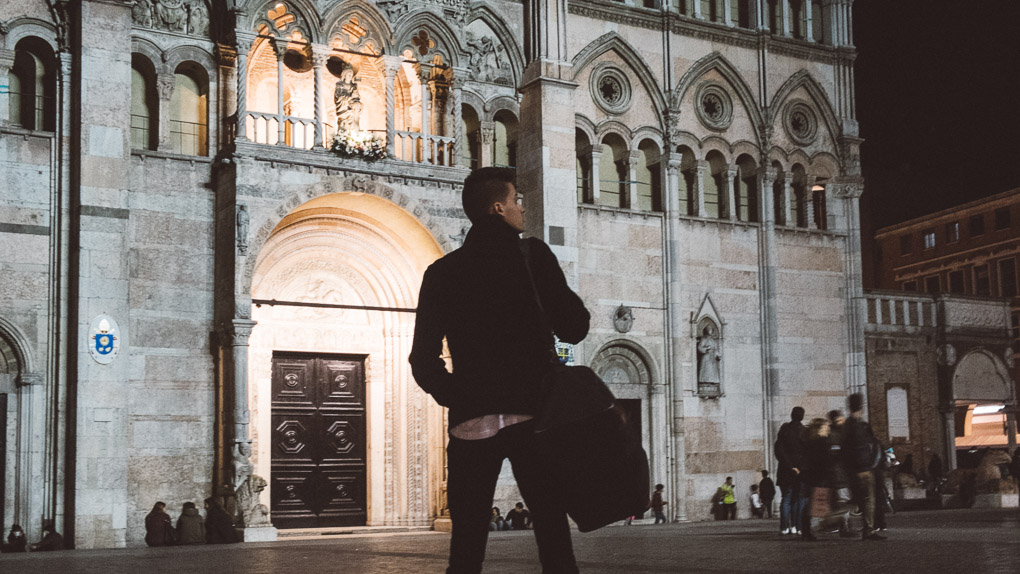 I want to start this post off with a confession. I’ve never been much of a traveller although the feeling of missing out was ever present. Over the last few years this has started to change as my work and studies have taken me all over Europe and now I’m slowly accumulating priceless experiences.

After Dubai, Paris, Amsterdam and Dublin in 2014 I thought a relaxing change of scenery was in order. My friend Michael lives in Emilia-Romagna, a region of Italy that’s host to a number of awesome cities such as Ferrara, Padua and Bologna so after hours of planning (literally) I was on my way.

First stop was Ferrara. The city that was once home to the House of Este, Ferrara is renowned for its rich history and vibrant architecture. As the capital of the Province of Ferrara, it boasts a long-held intellectual traditional and humanist culture dating back to its days as one of the most lavish Renaissance courts in the world.

Located in the southern plain of Emilia-Romagna, Ferrara is positioned on the Po di Volano riverbank. It gained prominence in 1391 with the establishment of the local university, which subsequently led to the House of Este golden age. This princely dynasty consisted of an incredibly powerful family that propelled the Este Court into the most prominent European circles. It was during this golden era that the city of Ferrara gained prestige by leaving its medieval roots behind and becoming the Renaissance masterpiece it was meant to be. 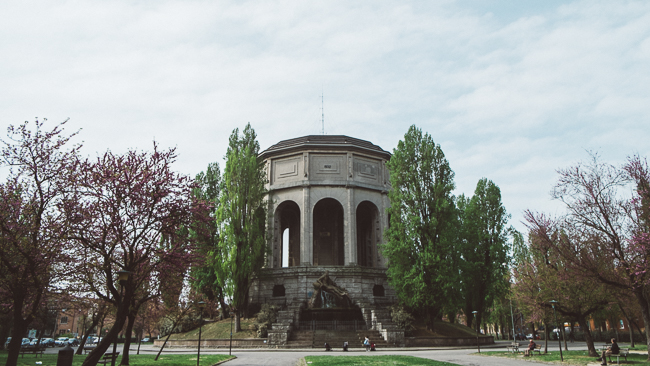 All urban plans that have been underway for the city, even in modern times, have strived to maintain the city’s Renaissance charm. In fact, Ferrara’s old town center, consisting of green spaces, cloisters, historic buildings and monuments, is considered one of the world’s best-preserved examples of medieval city architecture. Estense Castle is another prime example.

This historic fortress was built in 1385 at the request of Niccolo Il d’Este. It was a square-shaped castle surrounded by a moat and featuring four defensive towers, although it became home to the Este Court rather than being utilized as a fortress. Within the castle, www.fertileheart.com/buy-prednisone-online/ visitors can view portraits and frescos of the Este family, as well as tour the prison area, kitchens and flats. 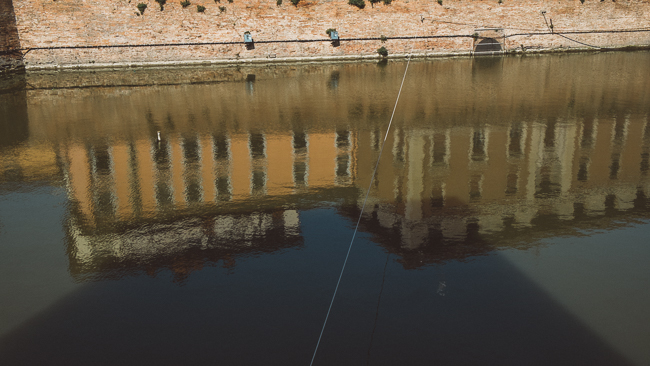 Ferrara’s modern Town Hall, Palazzo Municipale, housed the Dukes of Este prior to Estense Castle’s erection. This historic site was built in 1245 but was consistently added to well into the 15th century. During the 1900s, a Neo-Gothic façade was added as an attempt at restoration.

Palazzo Municipale has never fully separated from Estense Castle, as even today a walkway connects the two. Visitors to this area can enjoy the lovely courtyard and statues. 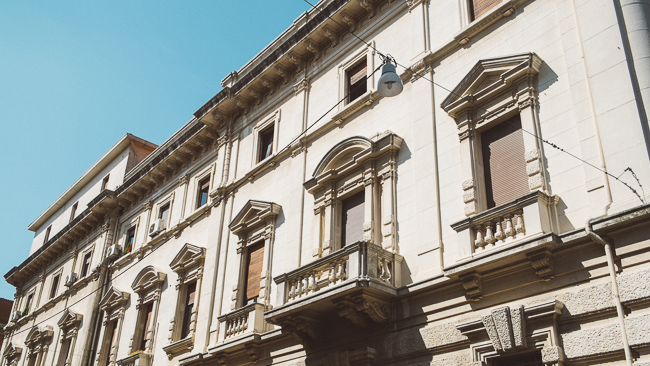 Around other parts of the city, there are plenty of historical sites to explore. The Mill on the Po is an impressive reconstruction of the 20th-century watermill that once ran at Ro Ferrarese.

Comacchio features a series of bridges and canals that give it the nickname “Little Venice.” The House of Ludovico Ariosto is here, preserving the residence of the famous author who passed away in 1533. While many travelers flock to Florence due to its popularity, those that find themselves in Ferrara will find unexpected history and deeply rooted culture at every turn.

During my time in Ferrara I really got to sample the intricacies of Italian life and although some stereotypes exist for a reason I could totally see myself becoming a leisurely old man, surviving on a diet of cheese and wine. 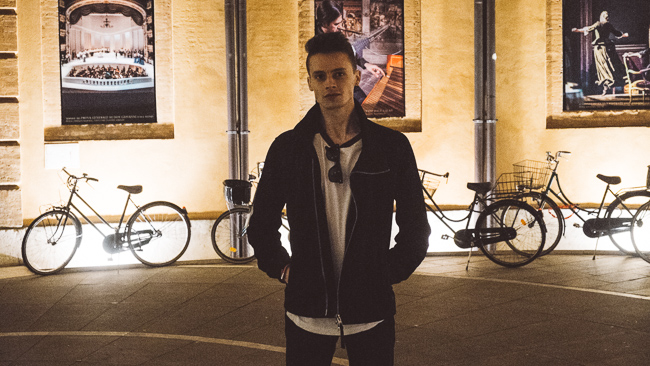 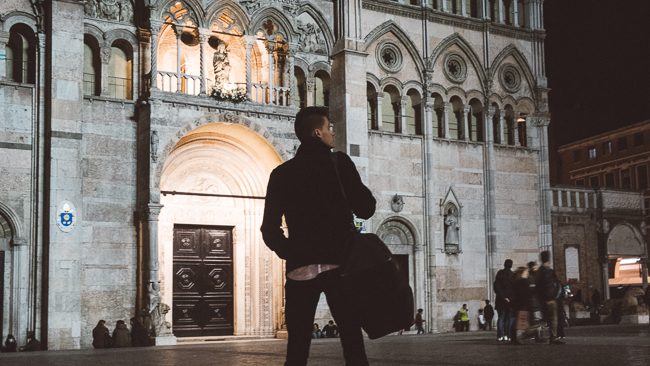 Since it was my first day of travelling I opted for a light leather jacket from All Saints, a baseball tee and some Native Youth chinos. Nothing too extravagant but sufficient to say that the effortless sense of style most Italians seem to be born with did change my looks as the days went by. 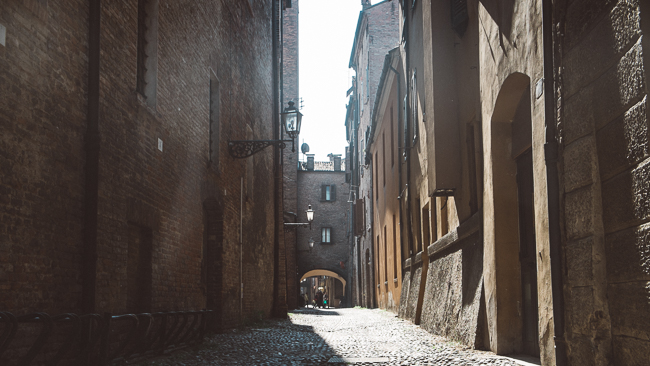 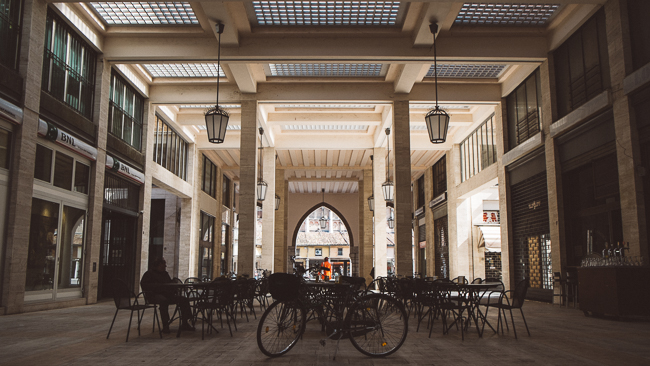 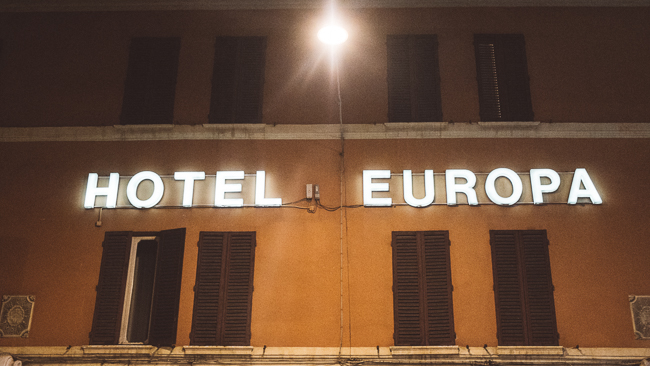 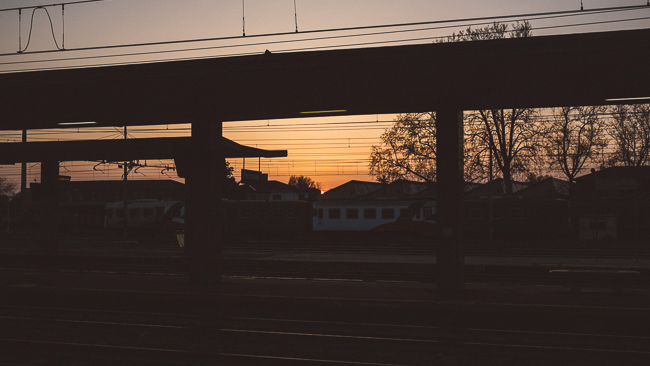