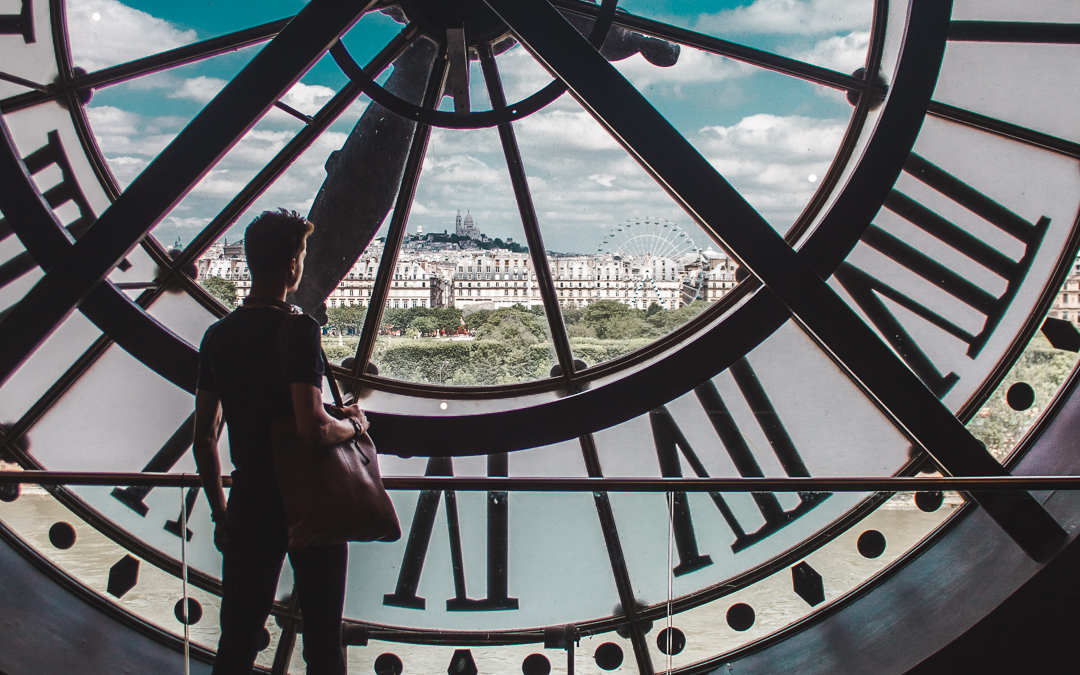 Housed in the former Gare d’Orsay railway station, Musée d’Orsay in Paris holds art pieces dating from 1848 to 1914, including paintings, sculptures, furniture, and photography. It houses the largest collection of impressionist and post-Impressionist masterpieces in the world, by painters including Monet, Manet, Degas, Renoir, Cézanne, Seurat, Sisley, Gauguin, and Van Gogh. During my trip to Paris I thought it would be prudent to engross myself in the local culture and see up close my favourite painting in the world – Van Gogh’s ‘A Starry Night Over The Rhone’. 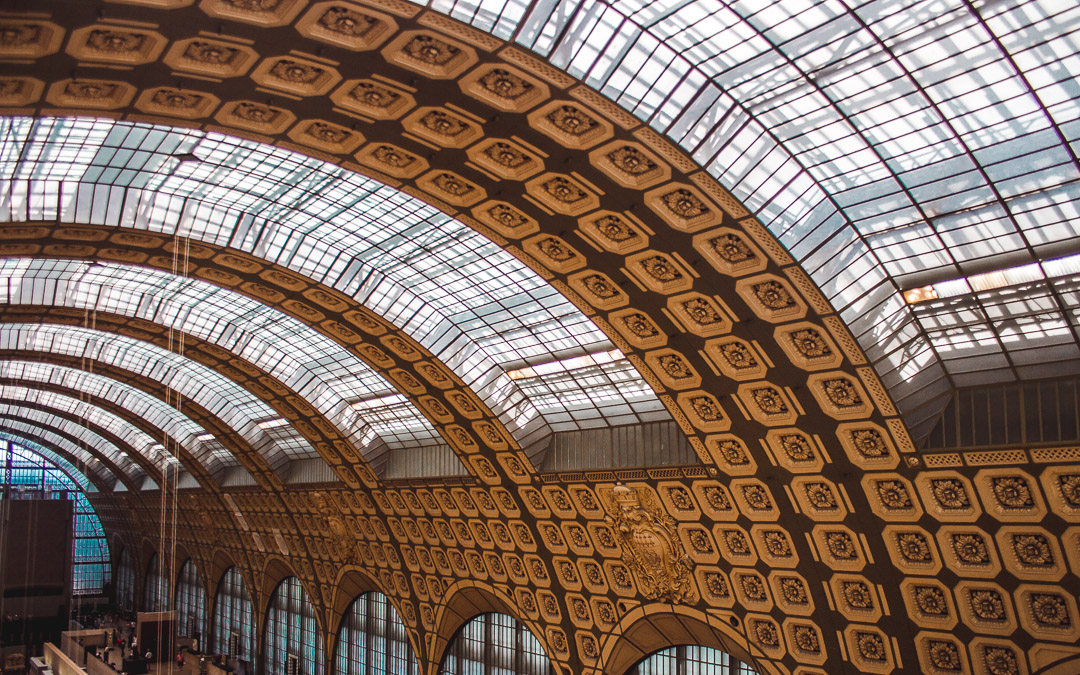 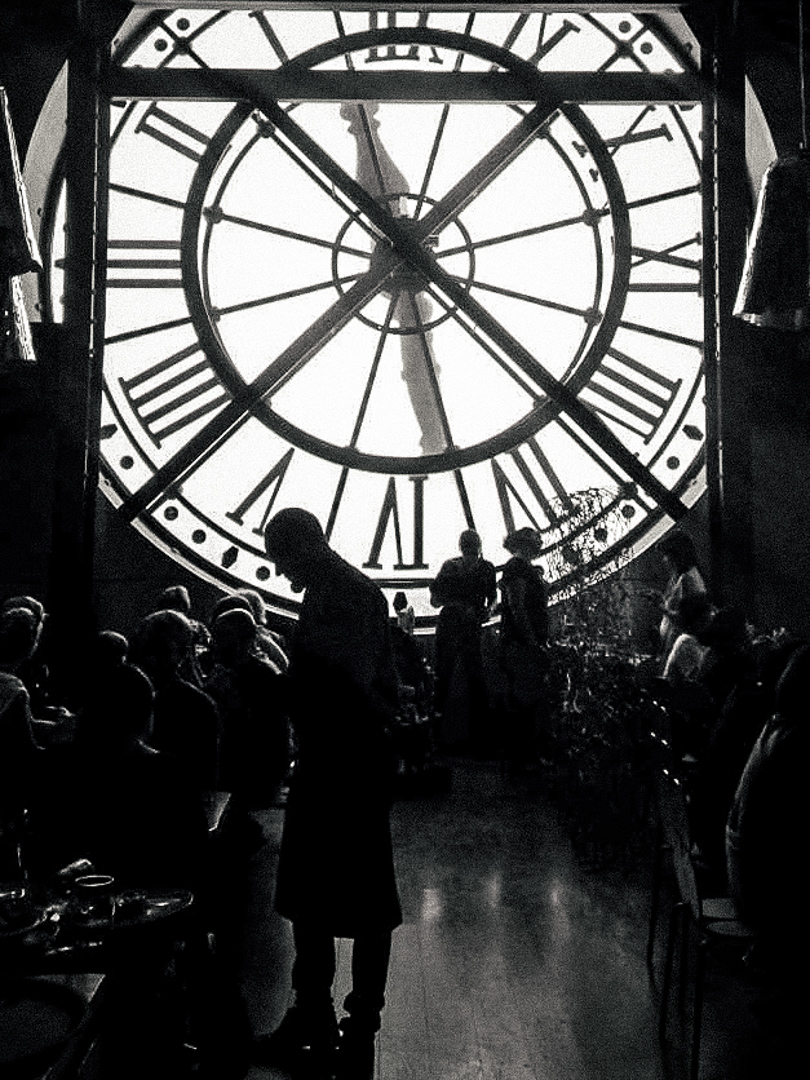 Initially used as a railway station the space has gone through a number of transformations through the years. As trains became modernised the stations platforms became unsuitable and in 1939 the space was used as a mailing centre during World War II. Afterwards it was used as a set for films by famous directors such as Franz Kafka and Orson Welles before being listed as a historic monument in 1978. The Directorate of the Museums of France suggested the space be turned into a museum that would bridge the gap between the Louvre and the National Museum of Modern Art. After much hard work and design changes the museum finally opened its door in December 1986.

Post-Impressionist pieces by painters including Monet, Cillebotte, Couture, De Nittis and Van Gogh displayed in beautiful and open spaces that allow time for reflection and contemplation. As someone who was never a big fan of ‘old’ art, some of the pieces really took my breath away. Seeing something like ‘The Floor Scrapers’ by Gustave Caillebotte in its entirety took my breath away. From a distance the painting looks like a photograph and it’s astounding to see the intricate details up close. Not a single brush mark was out of place. I cannot even imagine painting something so vivid and detailed back in 1875 when photoshop was a thing of mystery. I collected a few of my favourite paintings from the day in a slideshow below to hopefully inspire you to see them for real.

I believe it was Aldous Huxley who said “Words are simply the signs of things. But many people treat things as though they were the signs and illustrations of words”. Words in and of themselves can be very limiting and never paint the full picture if you excuse the pun. Nevertheless we cannot live without them. The feelings and emotions we feel towards something are very hard to fake. Just think back to the last time a new song stopped you dead in your tracks or a photograph stuck with you throughout the day. That’s exactly the feeling I got when I first saw Vincent van Gogh’s ‘Starry Night Over the Rhone’. 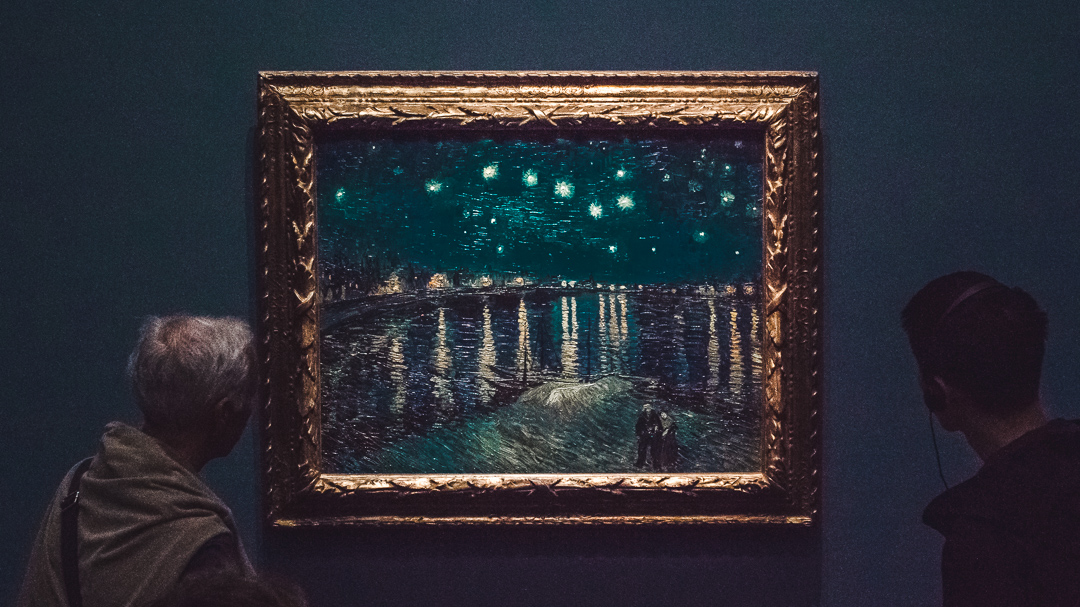 The Dutch painter, Vincent van Gogh (1853 – 1890), spent most of his life in France. In 1886 he went to live with his brother Theo who ran the Boussod, Valadon & Cie art gallery on Boulevard. His discovery of the paintings of Monet, Renoir, Toulouse-Lautrec and Gauguin, was a catalyst for change in his own art: he abandoned the sombre Naturalism of his early work in favour of a colourful palette and subjects taken from modern life. The simplification in Japanese prints, the Pointillism of Seurat and Signac and Emile Bernard’s Cloisonnism also contributed to the development of his style. After the excitement of his stay in Paris, Van Gogh withdrew to Arles to continue his experiments with colour. He painted portraits of great sensitivity and landscapes expressing the radiant power of nature, demonstrating his creative exhilaration.

Following his stay in the asylum in Saint-Remy-de-Provence, he moved to Auvers-sur-Oise, close to Doctor Gachet, a collector of impressionist paintings. Van Gogh committed suicide at the age of 37. Somewhere between genius and alienation, Van Gogh remained an isolated artist. His paintings in the Musee d’Orsay are a brilliant expression of his visionary art.

Thanks for reading my latest article. Give it a share using the links below so others can enjoy it too. For more check out my latest lookbook from Paris, street style from London Collections or my trip to the magical city of Coimbra.