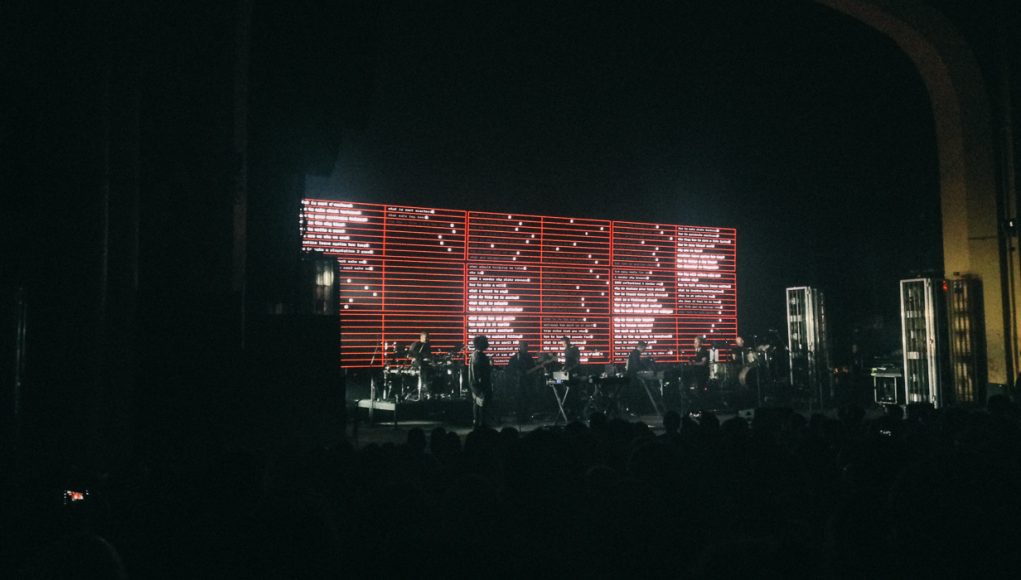 Music really does make the world go round and it would be a pretty grey place without it. I never shy away from trying new things and everyone should give new music genres a go, don’t always stick to the tried and tested. My first ever gig was Rammstein in Nottingham when I was 15 and although I’m no longer a huge fan of rock music that initial experience holds a dear place in my heart. Since I moved to London all night raves seem to have overtaken evenings during which you simply see a band and enjoy the live performance but even this trend is starting to shift: 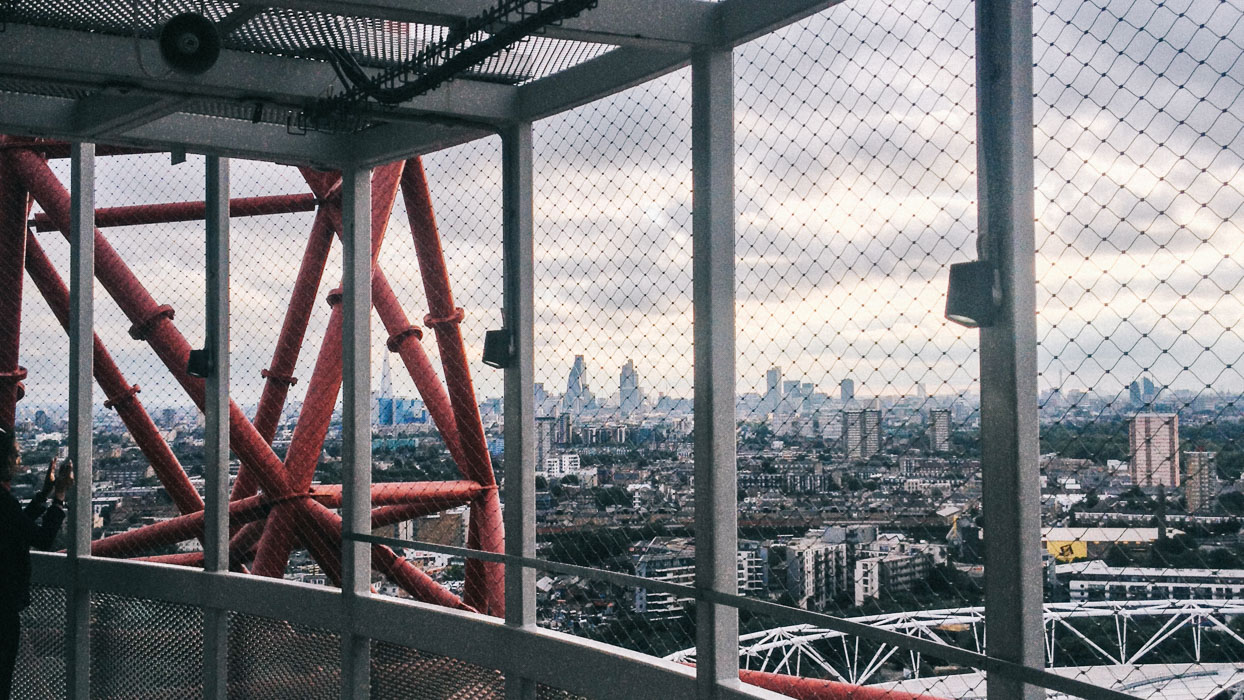 My friend Jeremy (Funster) works at Mixmag which is a fantastic publication that covers clubs and the world of dance music. When he invited me to see Shy FX, Skream and others spin at the top of ArcelorMittal Orbit I simply couldn’t say no. Although it stands out like a sore thumb in the middle of Stratford’s Olypic Park the entire area has become somewhat of a tourist hotspot since it’s redevelopment for the 2012 Olympic Games.

I had no idea that The Orbit had a couple of large rooms offering panoramic views across the Docklands as well as overhanging walkways should you get bored of looking through a glass window. It was great to let loose and rediscover my love for jungle and drum & bass music. Jeremy was of course ever present with his air horn and managed to get everyone to throw out all sensibilities and really enjoy the night. 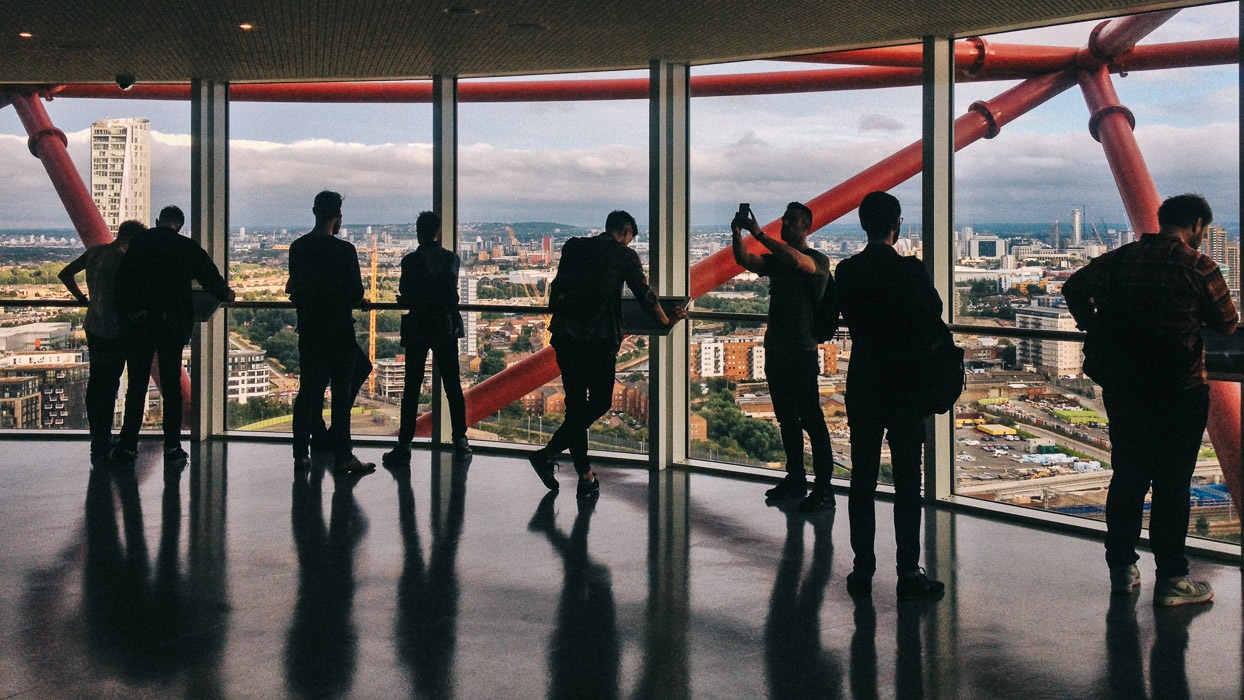 The ArcelorMittal Orbit is the UK’s tallest sculpture. Standing 114.5 metres tall, this towering structure was created by Anish Kapoor and Cecil Balmond. 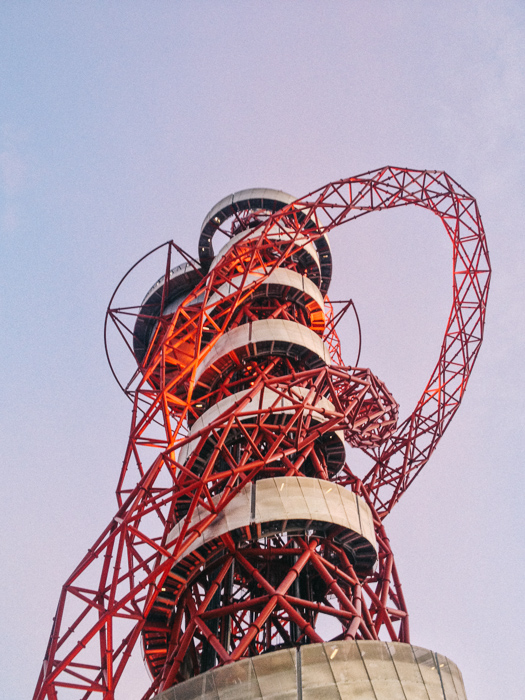 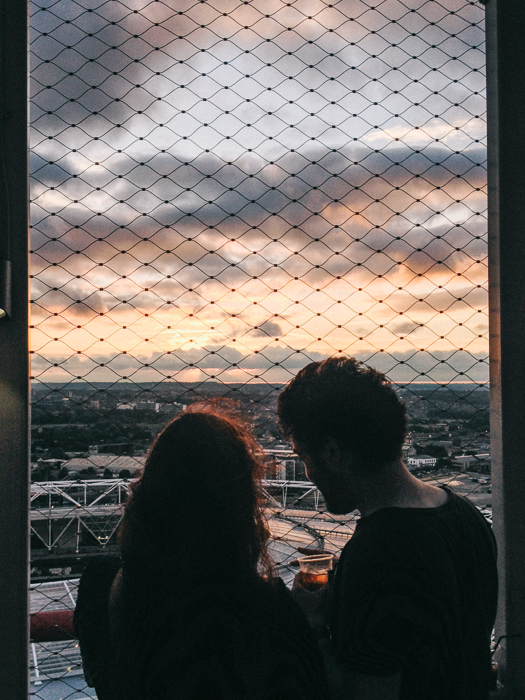 The magnificent looping structure of the ArcelorMittal Orbit is an iconic symbol of Queen Elizabeth Olympic Park and its design has grown on my with subsequent visits.

The Brixton Academy has become an iconic venue in my eyes as over the years I’ve seen bands such as The Prodigy, War on Drugs, Massive Attack (below) and Kings of Leon perform here and each one brought something special to the table. This time it was the turn of Jamie XX whose current rise to stardom is eclipsing that of his original project The XX.

After releasing a number of songs I would consider classic (Far Nearer / Beat For) Jamie was approached by XL label head Richard Russell to remix Scott-Heron’s 2010 studio album I’m New Here. He worked on the album while touring with his band The xx in 2010 and occasionally communicated with Scott-Heron through letters for his approval to rework certain material. The album was a monumental success and reached maximum exposure when ‘I’ll Take Care of U‘ was remixed further by Drake and Rihanna for their iconic pop hit ‘Take Care‘.

On the night the light show based on his new ‘In Colour’ album played a huge part while Jamie’s song selection was nearing on immaculate. He played a mix of his own singles such as ‘Gosh’ and ‘Sleep Sound’, underground house classics as well as a personal favourite ‘Weak Become Heroes‘ by The Streets. I honestly cannot wait to see where he goes next.

Massive Attack is one of those bands you’ve heard of since forever but can never quite put your finger on it. Over the years movies and adverts ruined their iconic ‘Teardrop’ for me although hearing it live for the first time brought back all those initial emotions I associated with it.

Their involvement with industry heavyweights such as DJ Shadow and UNKLE is hard to ignore while their contribution to trip-hop in general is unparalleled. The gig was bubbling with energy as the ensemble performed hits from their extensive discography while a huge board showing messages about the world economy, Syrian refugees and even Facebook tried to divert our attention.

Again the Brixton Academy proved to be a perfect venue as the downward sloping floors provided a fantastic view wherever you were stood and the acoustics amplified songs such as ‘Angel’ to a level I didn’t think was possible. To see who’s playing at the Brixton Academy in the near future please click HERE.

If you enjoyed this post make sure to share it with your friends using the links below and check out my latest photography post where I explore the iconic Canary Wharf. As always stay classy and if you wish to be featured in one of my next roundups please contact [email protected] or tag your post with #styledivision

Top Backpacking and Travel Essentials You Might Be Missing