At the weekend I decided to put on some items from the latest Farrell range and explore a few new areas around Shoreditch and Brick Lane. The first stop was Old Spitalfields Market, a historic market that has operated since the 1600’s when King Charles gave a licence for flesh, fowl and roots to be sold on Spittle Fields (hence the name). Spitalfields is always a busy place to visit as last week it was home to London Cocktail Week and this time the place was buzzing over the news that the famous Barber Barber hairdressers were opening their first saloon in the capital. 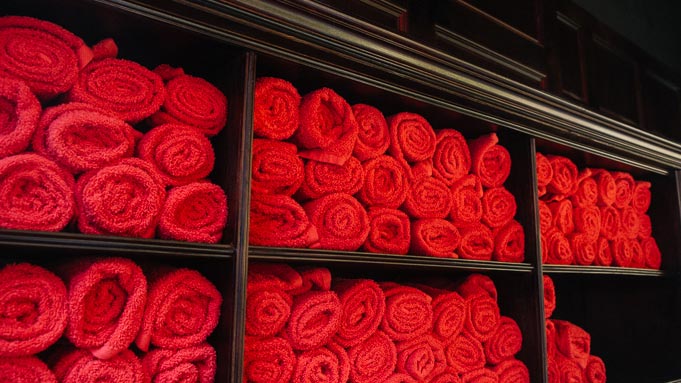 Having visited their Leeds saloon when I used to live there it was great to see that Barber Barber London had not lost any of it’s original charm. Giving off mild Tarantino vibes the saloon kept up the image by playing classic songs from the 50s and 60s and offering full grooming services such as close shaves and haircuts using classic techniques such as clipper over comb to get the desired effect. 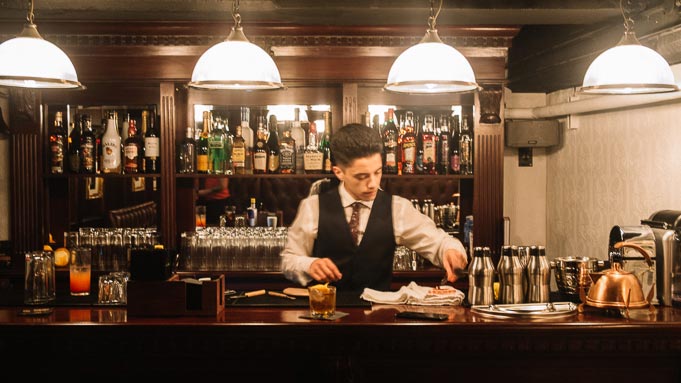 The biggest surprise was waiting for me downstairs as a fully operational speakeasy served me some neat whiskey (which one could enjoy during the cut) while the entire downstairs area was covered in leather sofas and classic male icons and rebels adorned the walls. Barber Barber truly lived up to it’s tagline ‘For Scoundrels and Gentlemen’ as there’s something here for you regardless of which category you may fall into 🙂 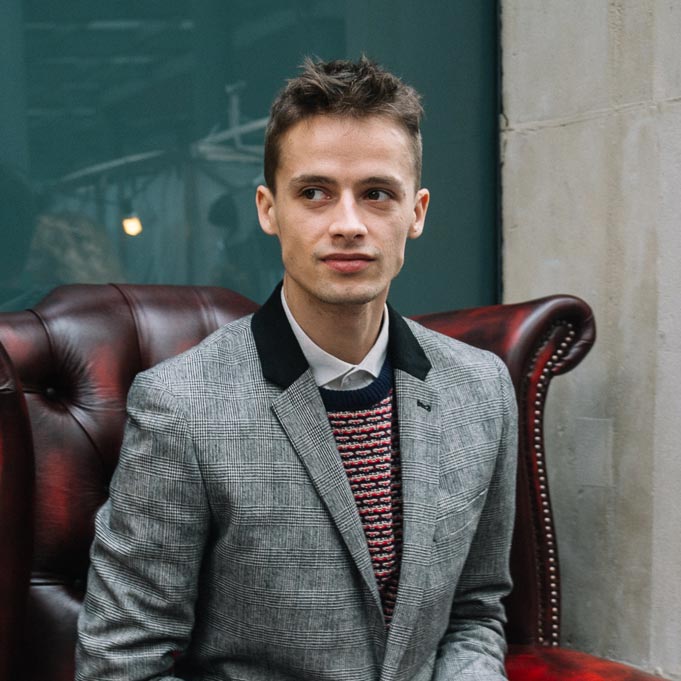 As usual I went for the classic neat look as I really hate messing around with my hair every morning. My stylist was a cool dude named Joey (just check out his Streets tattoo below!) who looked the part with his traditional Sailor Jerry type tattoos and slicked back hair. If you would like to visit Barber Barber in the future the address is: My outfit was from Farrell which was created by Robbie Williams as a tribute to his grandfather and is now carried exclusively in selected Primark stores. The grey blazer was a traditional fit and a very modern take on the classic two piece suit. Without any tailoring the blazer fit me nicely as the seams were perfectly in line with my shoulders. The jumper provided a much needed additional layer and added a nice bit of colour to the whole outfit. 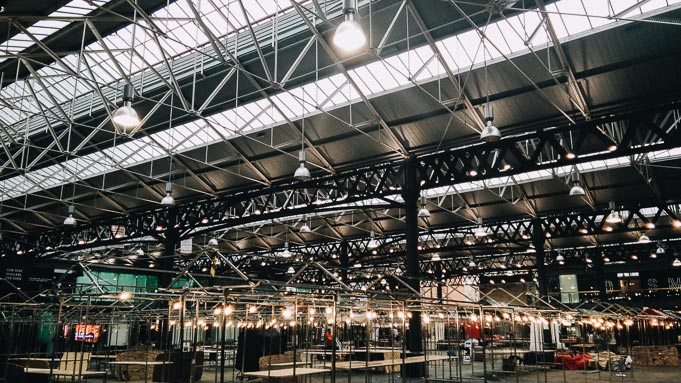 Make sure to check out my latest photo journal from Budva in Montengero and my shoot with ASOS Menswear for the ‘As Seen On Me’ campaign. You can also use the links below to stay connected. I have a few more posts coming up featuring Farrell Clothing so keep an eye out and if you’re ever in Shoreditch make sure to stop by Barber Barber, you won’t regret it.

Top Backpacking and Travel Essentials You Might Be Missing