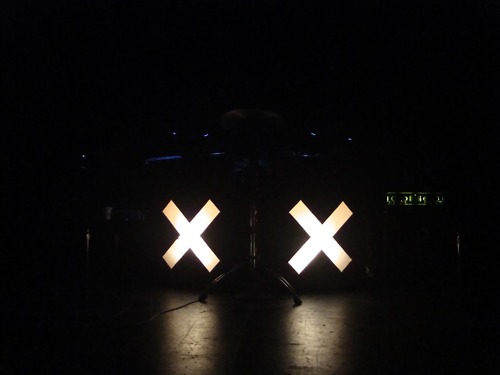 Following on from my previous music post (Audio Inspiration 01) I decided to put another little list together. Fair warning, today I will mostly focus on electronic music, so here are some of the songs that have kept me pressing repeat in the last few days.

A bit of low tempo electronic music for you today guys. A super talented producer by the name of ZHU is simply going to explode this year following the release of his superb Nightday EP. ‘Faded’ is one of those tracks that sticks in your head throughout the day and I just had to share it with everyone.

Talking of ZHU I was so fascinated by this artist I decided to see what else he had up his sleeve. Now there isn’t a shortage of Lana Del Rey remixes out there (Penguin Prison remix of Blue Velvet comes to mind) but this is something different, ZHU has a knack of adding original sounds to his productions and although the song feels like one huge breakdown you can see it working in a middle of a huge festival set.

Jamie XX – All Under One Roof Raving

Is there anything this man can’t do? You may know Jamie from his award winning work with The XX as well as the remix album ‘We’re New Here’ with Gil Scott-Heron in which he incorporated dubstep and UK garage styles to create some truly unique sounds (seriously give it a listen). He previously released several incredible electronic tunes called ‘Beat For’ and ‘Far Nearer’ and the intricate details Jamie puts into his productions made them instant faves.

His latest release is a track that pays homage to the 1990s UK rave scene with tons of samples such as snippets of “Fiorucci Made Me Hardcore”, along with a little dig at the rave scene and it’s gradual decline in recent years.

You’re the most beautiful girl in Hackney y’know?

I recently started jogging on a regular basis and one of the hardest things I’ve found about it is keeping the same level of energy and enthusiasm throughout your run. Songs can have a great impact on my energy levels so having the right jogging playlist is key. This song by Deorro always comes on when I’m about to hit the wall and I can’t help but push myself that extra km. Plus it’s funky as hell, give it a listen.