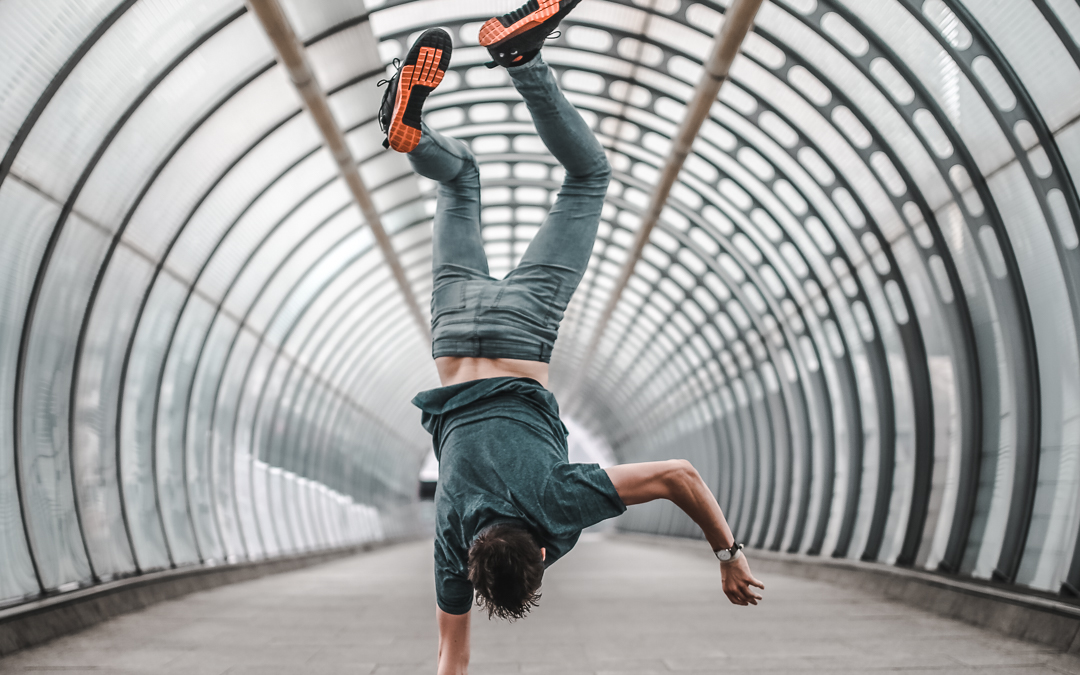 It’s easy to get entrenched in old ideals and stick to the tried and tested but history has shown us time and time again that progress is inevitable. This couldn’t be truer with regard to the tech sector as we’re seeing huge leaps of innovation in areas ranging from transportation (semi-autonomous self driving cars) to speech generation (recent DeepMind breakthrough). As technology moves forward it’s hard to predict what the future will hold five years from now, let alone ten but already we’re seeing emerging trends that are sure to shake up the established order of things. 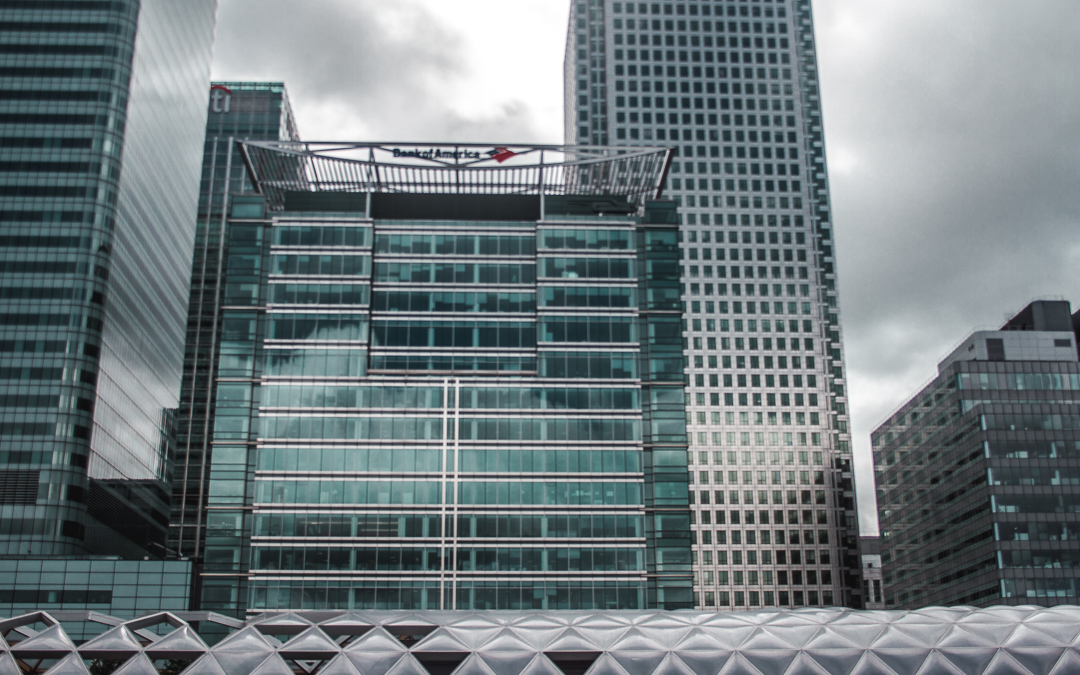 Fintech is the fusion of finance and technology and the driving force behind developments in areas such as the Blockchain, AI chatbots and personal banking. The majority of transactions we make everyday are minuscule so emergence of a secure and frictionless system unrestricted by borders or political regulations isn’t hard to imagine. Most of the money in the world is digital so we can think of everything from stocks to assets as bits of information. This information ‘lives’ on the internet and can be easily traded or exchanged in the same way you trade money for a pint of beer at the pub.

The amount of information on the internet is going to grow exponentially over the coming years and access, appropriation or sale of this information is going to become crucial. If you’re a content creator like myself it’s important to get fair compensation for your work and its future use. By assigning a value to each bit of information we can shift into a completely new economy. This virtual goods and assets economy will be backed up by an encrypted database that’s distributed around the world making it more secure than the systems in use today. 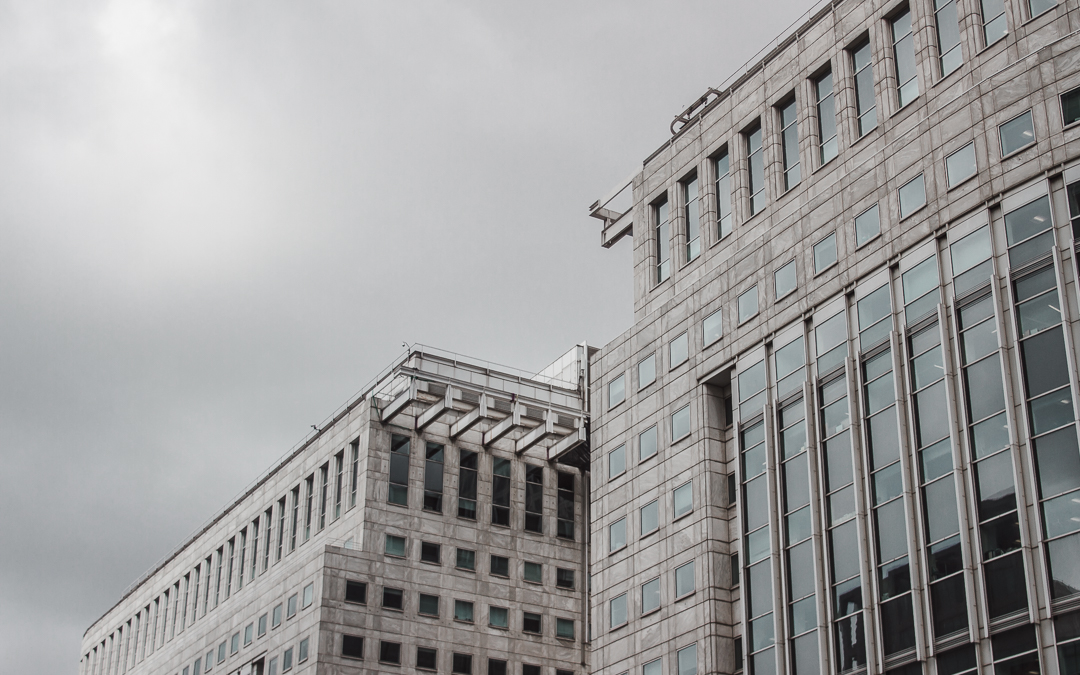 Cutting out the banking middleman will also put us on a path towards greater transparency. Open source cryptocurrencies such as Bitcoin and Ethereum are growing steady as the number of contributing developers increases. Companies such as Coinbase and Circle are interacting with the community in order to grow and improve their services. Banks on the other hand are being fined billions of dollars for laundering money for drug cartels. Go figure.

Banking is an entirely virtual business which makes it easy to avoid regulation and accountability. The reaction to the 2008 financial crisis has been more short term borrowing to fund long term goals and doing the same things while expecting a different outcome is the very definition of insanity. So what’s the solution?

Say hello to the Blockchain. Blockchain is a way to rapidly exchange digital assets — such as payments, photos, contracts — between two or more parties in a secure, verifiable and auditable process that doesn’t require a middleman. Each party in the network has its own copy of the blockchain attached to every asset. As long as the chains are in sync, all parties can be confident that the asset or transaction is valid. (Source). Each transaction behaves like a physical object and yet it’s still digital. That’s what so cool about it. Because transactional information itself doesn’t take up a lot of data it’s irrelevant whether you want to send 100,000 of something or .0000001 of it. The transaction can then be completed at the click of a button regardless of location.

This is how Bitcoin works and the public ledger for Bitcoin transactions lives on the Blockchain. As someone who knows the slow process of sending money abroad while paying exuberant fees this is a game changer. You can also ‘tip’ people or friends on Twitter, GitHub, Reddit and more using a service such as ChangeTip. Someone took a picture you like or made a comment that made you laugh? Send them your appreciation.

This is not the first time such a huge monetary shift was on the horizon. Back in the day bartering was the only option to trade, which was replaced by precious metals (gold, silver), then coins printed on precious metals and finally a piece of paper that says you own a certain amount of precious metals. As mentioned above only 5% of money in the world is physical cash so a system that works globally for the other 95% is essential.

Everyday transactions are just a small piece of the cake though. Imagine you create YouTube videos for a living and YouTube pays you money by adding advertising to your content. A concept that circumvents this allows the user to pay proportionally for each 10 seconds of video they watch. The idea here is that the market decides how much something is worth. 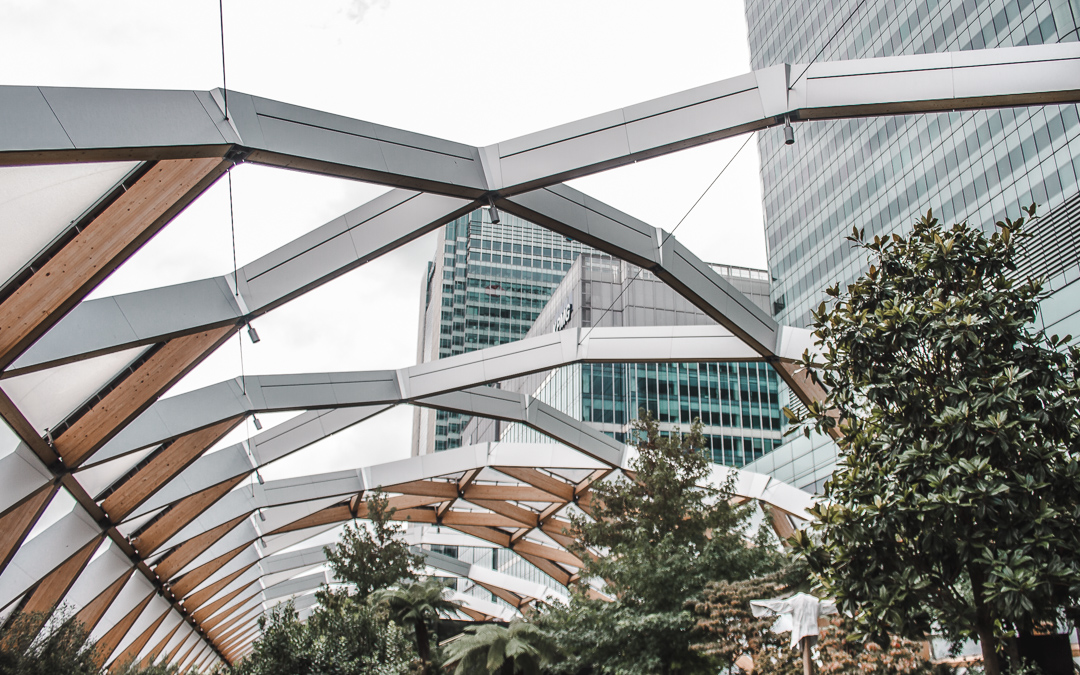 If you have a Bitcoin or Ethereum wallet installed in a browser then newspapers and magazines have less of a need for paywalls. The writer will get rewarded proportionally to how good the article is. If someone reads the first paragraph and leaves they get charged £0.0005. £0.0015 if they read the whole thing.

But why would I pay for something that I already get for free? The point is not many things on the internet are ‘free’. If you’re using a service such as Facebook you’re the product being sold. Your private messages, location data and even browsing habits are sold to advertisers for huge sums of money. By taking ownership of your own data you also take back some power. There’s also nothing stopping advertisers PAYING YOU for select information you’re willing to share. Google Opinion Rewards is a great example of this as it rewards you with credit that can be spent at the Play Store. 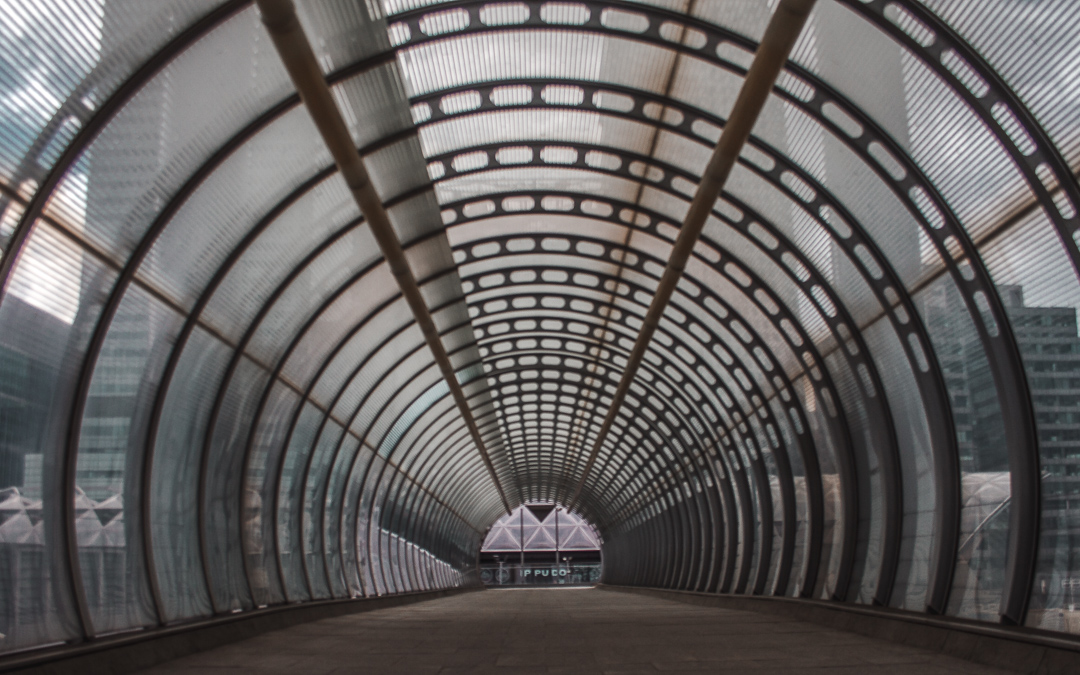 Wandering through this reflective jungle got me thinking about technology and how we’ve gone from a device that sent text messages around the world to something that has access to the wealth of human knowledge. The internet is an unlimited resource that can be used to better ourselves, build communities and exchange information. The only limit here our imagination. 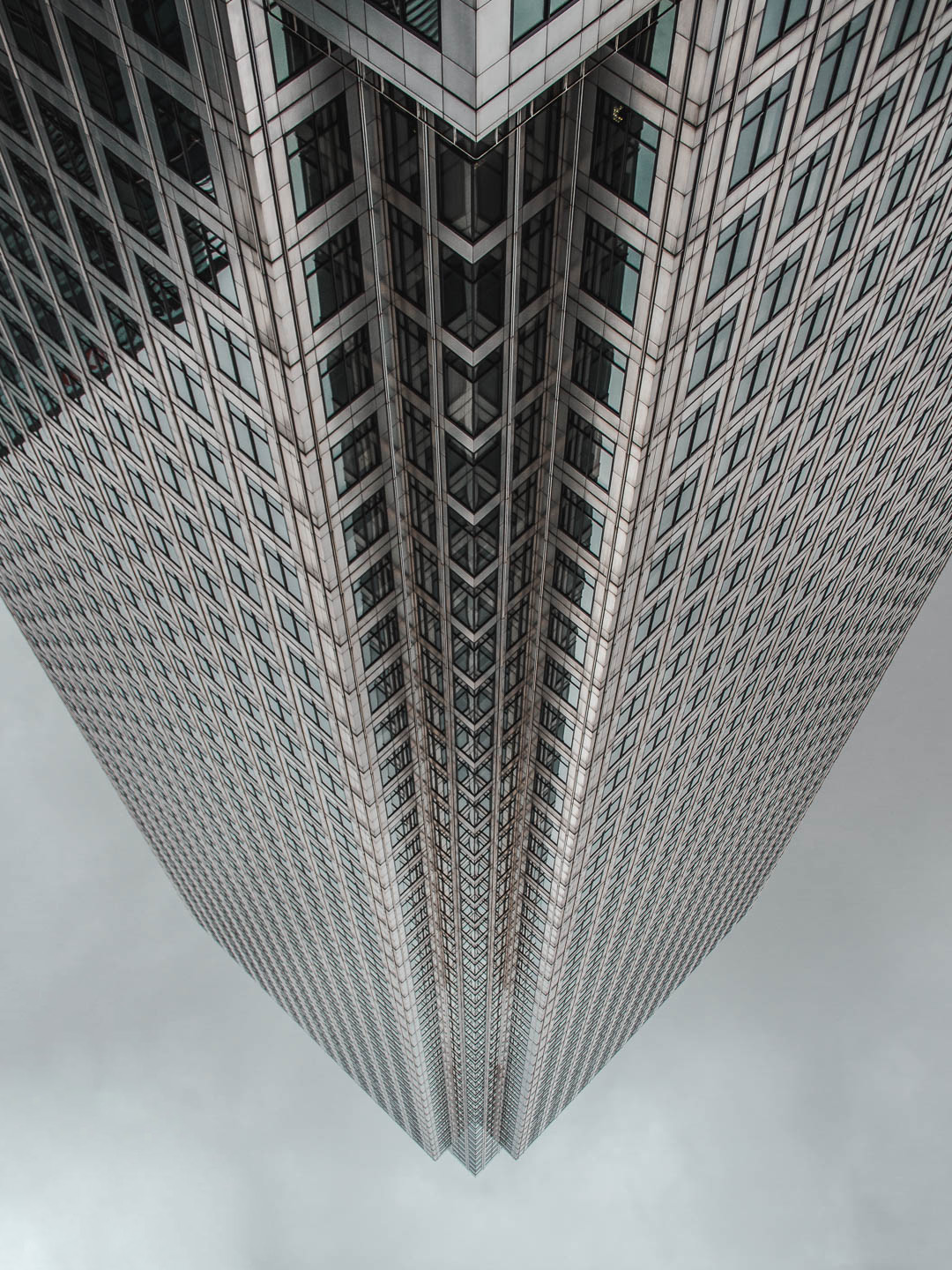 With regard to fintech, the blockchain and beyond we’re still in the very early stages. There’s a huge gap between political and technical feasibility but as tech gets better and cheaper and our access and understanding of new information improves we’re sure to enter new grounds. Regulation should become less and less complex, not more. So when a new technology such as this comes along will you sit up and take notice or call it a fad the way this scientist did in 1995.

Thanks for reading our latest article. If you enjoyed what you read why not give it a share using the links below? For more posts check out our latest lookbook with Bench, street style from London Collections or our trip to Rome.