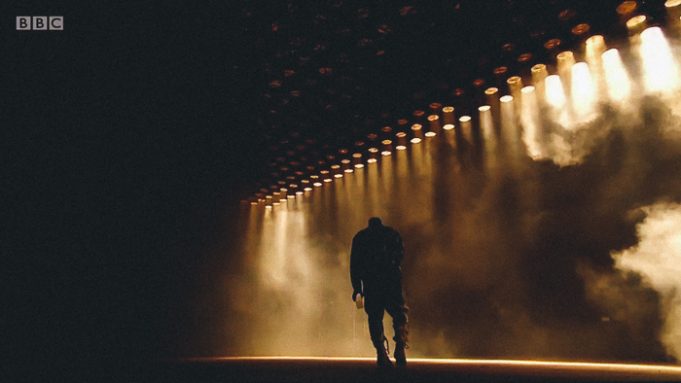 The world famous Glastonbury festival finished yesterday and as the performance reviews and inevitable campsite horror stories roll in throughout the blogosphere I thought Kanye’s headlining debut deserved a bit more attention.

Let me emphasise how insane it must feel to go in front of the biggest crowd of your life, completely alone, and own the stage. One thing you can expect from a Kanye concert is that he’ll put on a show and in this aspect he didn’t disappoint.

It’s not just about the music, it’s about the lights, the atmosphere, a certain level of crowd involvement and for the first 1/3 of the performance they were all on point. Some of the recent, more brutal tracks such as Black Skinhead and Clique seemed perfectly crafted for the stage allowing Kanye’s on stage presence to shine through.

The reason for this post was more of an appreciation for the stage and lights team as they really put on a hell of a visual show. I remember seeing Kanye West back at Global Gathering in 2008 during his ‘Glow In The Dark Tour’ and you could tell that whoever worked with Kanye was hand picked specifically for the live shows.

This two hour headline performance portray Kanye as someone who has a very specific vision of what they and their art is about and he will convey his way without any exceptions or compromises. He’s far too down the road to play it safe.

Make sure to check out Exploring Camden – PHOTOGRAPHY JOURNAL 06 for my latest post and follow Style Division to keep up to date.