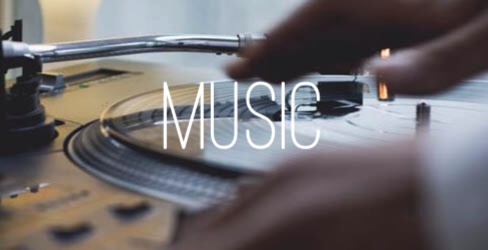 I love a good list. I truly believe men love reading and writing lists even if it’s about topics they have very little interest in. Lists present us with information that’s informative and easy to digest (just look at the popularity of Buzzfeed) and also people generally like to rank things against each other as if it gives them any added importance. In the list below I have tried to summarise some of the top music tracks from 2014 that kept me pressing repeat and in general have had something special about them.

For those who follow my Last.FM profile you’ll know that my tastes are quite diverse, I usually skip between house, electronic, trance, hip-hop, rock/indie music and I’ve also got a soft spot for movie/game soundtracks so the choices below may seem a little all over the place but if you want to experience some new genres and styles for 2015 then I urge you to give some of these artists a listen.

Since the early days of Kid Cudi I always knew there was something special about this dude. His early mixtapes showcased songs such as ‘Man On The Moon (The Anthem)’ and ‘That Girl’ which were way ahead of their time and are hidden treasures I hope every Cudi fan appreciates.

Although Cudi’s latest album ‘Satellite Flight: The Journey to Mother Moon’ does not push the boundaries of the genre like original ‘Man on the Moon’ but it still contains a number of solid tracks such as ‘Balmain Jeans’ featuring Raphael Saadiq.

With an absence of an album from The Weeknd this year I think Cudi took it upon himself to create a ‘sexy’ hip hop song and although I hope he goes back to his original style for ‘Man on the Moon III’ this tune is still a solid entry to his already growing collection of hits.

I would consider Above & Beyond to be my favourite band and their album ‘Tri-State’ has never left my iPod since it’s release in 2006. Above & Beyond are also behind the Anjunabeats/Anjunadeep label that has been home to trance legends such as Super8 & Tab, Mat Zo and Arty for a number of years. Although I’ve lost touch with some of the recent Anjunabeats releases the annual Volumes (1-11) have really served as an example of perfect melodic trance compilations and I actually get a little bit nostalgic when I remember all the original Anjunabeats vinyls I used to own when disposable income and being a teenager went hand in hand.

Above & Beyond have often collaborated with a vocalist by the name of Richard Bedford who has a unique voice and puts real force and emotion behind his recordings. ‘On My Way To Mariana Heaven’ is actually a mashup of two A&B tracks (one featuring Richard) and when they dropped this at the ABGT050 party at Ally Pally I have never seen a place go from 0 to crazy that quickly.

Trust (or TR/ST) have been a guilty pleasure of mine for some time purely because I could not place this band into a genre and the gothic 90’s influenced synth tones did nothing to help me in that regard. Imagine Grimes had a love child with Crystal Castles and you’re sort of on the right lines. I found Trust to be a very polarising band as people usually turned off them on first listen or fell in love instantly wanting to devour every bit of material they put out.

This year I was lucky enough to see them at the Brudenell Social Club in Leeds and Robert Alfons’ haunting, almost baritone vocals is something you have to experience for yourself. They’re performing at the Fire Club in London on the 14th of February 2015 and at La Maroquinerie in Paris the day after on the 15th of February 2015 so if you’re going to either show let me know and we could meet up ([email protected])

I have written about Ryan Hemsworth in the past where I covered the release of this very single and his new album (LINK) ‘Alone for the First Time’ which I’m yet to catchup on. The video below was shot in Nepal over the course of a week and follows Ryan’s quest to leave the club and ‘clubbing’ music behind. The production on this is very minimal, focusing mostly on the vocals from Dawn Golden and a hook that will stick in your head for many days to come.

For me Context has been a breath of fresh air for the UK hip hop scene and the first person since Mike Skinner in his ‘Original Pirate Material’ days to really capture the essence and almost tangible feel of current life in the UK. ‘1.4 at 12’ is simply a track about driving through Norwich in a 1.4 litre Fiesta at midnight but the intricate attention to detail in the lyrics and additional production elements such as the faded vocals in the remix from Great Skies really push it into my top 10 tracks I heard this year.

Context has recently brought out a new free EP ‘Hindsight is the Purest Form of Romance’ and it’s essential listening to any twenty-something who’s currently feeling a little lost (LINK).

Great Skies has also brought out an EP this year titled ‘Coconut Dreams’ featuring the Burial-esque ‘Don’t Want U’ and a collaboration with another favourite of mine CoMa on a track called ‘Running’ (LINK).

But what do we know about Maybach Music?
This is lads in Ford Fiestas, “where’s the K at?” music

It seems that at the moment it’s almost cool to be hating on Drake but the pure fact of the matter is this guy makes some really really solid songs. Even tracks that only have him as a guest vocalist such as the official remix of ‘Deuces’ or ‘Aston Marin Music’ end up on all sorts of end of the year roundups.

Drake first got my attention back in 2009 with his ‘So Far Gone’ mixtape that featured a track that I literally had on repeat for an entire day. ‘Lust for Life’ produced by Noah “40” Shebib will forever remain one of my favourite tracks of all time for the beat alone. But this isn’t a fluke, as tracks such as ‘Pound Cake’ and ‘The Catchup’ which sample Wu-Tang and James Blake respectively are exactly the kind of songs that resonate with me. The lyrics might not hold a light to Nas, Lupe Fiasco or Akala but as pieces of music these songs and their production are verging on perfection.

Sometimes you just need to unwind and this track from Lany was the perfect end to a hectic summer. I heard it during the Notting Hill festival a few months ago and did a mad scramble to Shazam it before my phone battery ran out. Majestic Casual have been pretty on point with their YouTube videos this year so it’s no surprise to see it hovering in the top played charts for 2014.

If you’ve heard of Bloc Party then the name Kele should not seem that strange to you. Even though the band is currently on a musical hiatus it didn’t stop Kele from creating some of his own gems in the meantime. Kele has been pretty hit and miss with his solo hits in the past, the only notable track that comes to mind is the energetic ‘Tenderoni’ from 2010 which was massively overplayed by every radio network to the point where my love for it began to wane.

‘Coasting’ on the other hand is a cocktail of relaxing beats and vocal samples which sounds like it could have been produced by Massive Attack. The smooth vibe of this song hooked me on the first listen and although the new album ‘Trick’ doesn’t reach the heights of the original Bloc Party albums it’s a noteworthy accomplishment.

“You’re the most beautiful girl in Hackney you know…”. ‘Girl’ from Jamie XX opens up with a line from a classic UK show ‘Top Boy’ and what a beautiful song ‘Girl’ truly is. I have always thought of Jamie XX as the mastermind behind The XX and their famous songs such as ‘Angels’ and ‘Intro’ almost reek of his unique style. It’s also unsurprising that he has released several house tunes such as ‘Far Nearer’ and ‘Beat For’ to mass critical appeal.

‘Girl / Sleep Sound EP’ may be the the best 12 minutes of new music I was subjected to this year until I heard his ‘All Under One Roof Raving’ ode to UK garage and it’s truly a song that needs to be experienced with a decent pair of headphones. All 3 songs have amazing qualities but I had to pick ‘Girl’ simply because of that insane baseline and because I’m a sucker for faded vocals as you may have noticed by my choices above.

Well, this was a tough choice but Donald Glover keeps proving to me what an insane amount of talent he has. What can’t this guy do? Act in Community? Done. Do amazing stand-up? Done. Remix dance songs under an alias? Done.

Childish Gambino who (and this is a true story) got his rap name by using an online Wu-Tang name generator, came full circle with his ‘Because the Internet’ album in which he raps about our internet-addled age and things like 3D printing guns and robots. It’s definitely an interesting concept and there are songs on the album that are truly unique, but ‘Telegraph Ave (“Oakland by Lloyd”)’ really took me by surprise. It’s only 3:30 long and contains a song within a song by Lloyd Polite but the seamless merger between the two is really special. If you’re only gonna click on one link in this list make sure it’s this.

So here we are, the best musical tracks from 2014 and boy was this hard to put together. While writing this list I came across numerous songs from 2013 I wanted to share with you so I’m really tempted just to write another post showcasing some hidden gems from the past few years.

Let me know what you think by tweeting me @StyleDivision and I leave you once more with the genius of Donald Glover. Here he is doing the most ridiculous freestyle over Drake’s ‘Pound Cake’ on Sway in the Morning: